2020 or how to adapt to a global health crisis

If we had to choose one word to describe the year 2020 for CFI, it would be adaptation. The health crisis has led our media development agency to adapt all its projects and operating methods to the lockdowns, the decrease in international travel and the newly emerging needs of the media in our priority areas of operation in Africa, the Arab world and South East Asia. This adaptation has involved the rapid development of online training methods, as well as the launch of projects devoted entirely to media coverage of the pandemic.

For example, in April 2020, thanks to additional funding from the French Development Agency (AFD), the MediaSahel COVID-19 project was launched in order to support the production of quality content to inform Sahelian youth about the pandemic. In the Arab world, in partnership with the Lebanese media outlet Daraj and the Tunisian media outlet Barr Al Aman, the Ama Baad project has also offered journalists online meetings with experts every week since June 2020 in order to provide them with the key tools to adapt and to explain the health crisis to citizens a little better

Against the backdrop of the pandemic, the fight against the spread of misleading information has been at the heart of what we do now more than ever. The Desinfox Africa project, launched in Autumn 2020 with media outlets from six French-speaking African countries, has, for example, been entirely devoted to fact-checking. Other major regional projects, such as MediaSahel or Qarib, have also extensively incorporated modules on this subject.

Raising awareness of environmental issues in the media

2020 also marked the fifth anniversary of the COP 21 Paris Agreement, the central importance of which has been repeatedly highlighted in the news. The media clearly have an essential role to play in this area of environmental preservation and the fight against global warming in raising awareness among and educating the general public. This is why CFI, with the Dunia, MediaLab Environment and Afri’Kibaaru environmental projects, has continued to support media managers and journalists in covering subjects relating to the sustainable development goals.

Supporting gender equality in the media

Another priority issue for our agency over the course of the year was to promote the inclusion of women and encourage their participation in public debate. Projects dedicated to gender equality were initiated in 2020, such as Makanati in Iraq and Yemen, which helps to strengthen the position of women in the media, and MédiaLab pour Elles [MediaLab for Women], which trains journalists in Africa to handle open data concerning gender.

We also launched a study in October 2020 to map the state of gender equality in the media in four sub-Saharan African countries. The results will be used to develop new projects to support gender equality and to encourage better representation of women in the media.

Drawing inspiration from the men and women in the field

Last but not least, 2020 was a tough test for all the partner and beneficiary journalists who also had to adapt and who have been on the ground since the beginning of the pandemic, sometimes risking their own health, in order to keep the citizens of their country informed. Their work and commitment are admirable and provide us at CFI with a unique source of motivation, pride and inspiration. This report is dedicated to them. 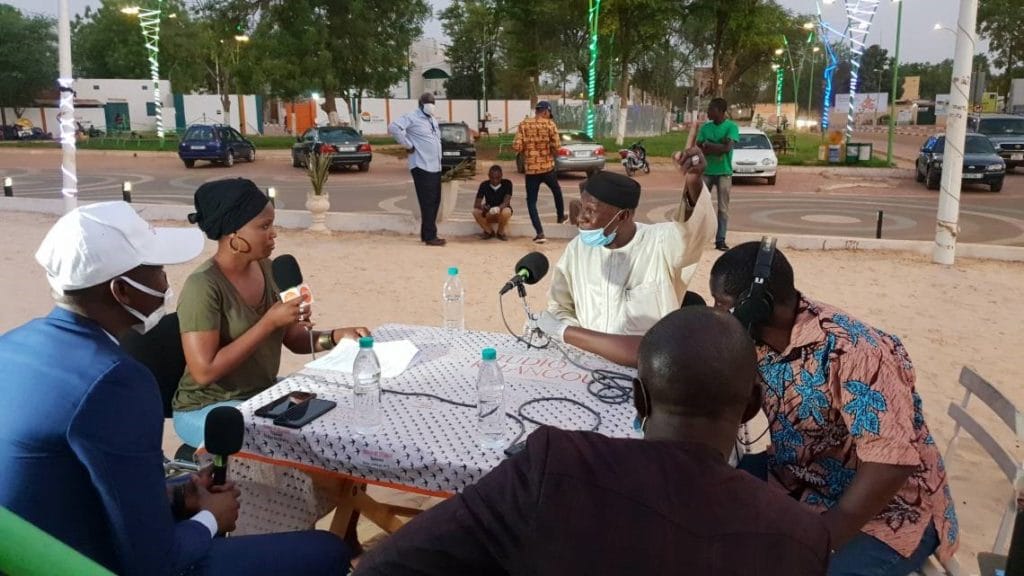